You are here: Home» About Casterton» Birthplace of the Kelpie

Birthplace of the Kelpie 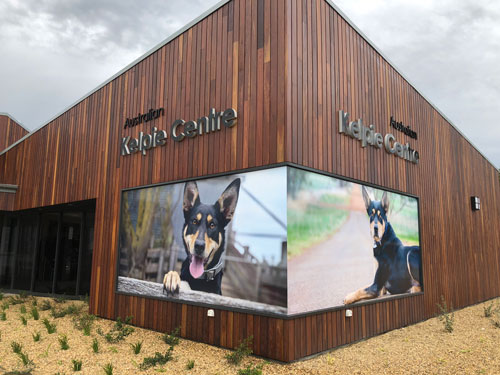 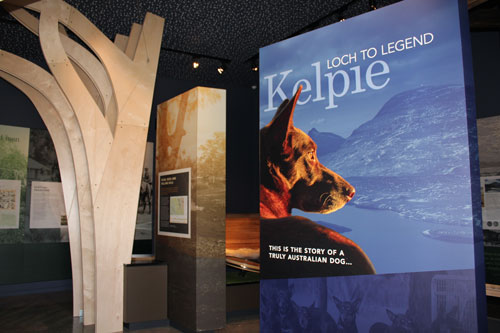 Casterton is nationally recognised as the ‘Birthplace Of The Kelpie’ and celebrates its role each June long weekend through the Casterton Kelpie Associations Australian Kelpie Muster.

Warrock Homestead, north of Casterton, is the birthplace of the amazingly intelligent Kelpie breed of working Australian cattle and sheep dog. The original ‘Kelpie’ was born in 1871; her parents being a pair of black & tan Collies imported from Scotland by Warrock’s owner George Robertson.

Robertson had a policy of not selling females from the stock but had given a pup to his nephew. Jack Gleeson, a drover working at nearby Dunrobin Homestead, wanted to buy a female pup but could not obtain one from Robertson.

At a rendezvous on Warrock’s boundary fording the Glenelg River, Gleeson met with Robertson’s nephew and asked to buy the pup. The nephew initially refused to sell but eventually swapped the pup for a horse which he fancied. Gleeson named the pup ‘Kelpie’, meaning ‘...a malignant water sprite haunting the fords and streams in the shape of a horse’.

Shortly after, Gleeson left the district and Kelpie was mated with working dogs in Ardlethan, NSW. The progeny created the bloodlines of the Kelpie breed, with one of the original litter going on to come equal first in a trial in 1878.

As part of Casterton’s 150th Anniversary celebrations in 1996, a statue of Kelpie was commissioned and placed outside the Casterton Town Hall in celebration of the Kelpie’s history. More unique hand-crafted statues and sculptures depicting the Kelpie in various forms feature along the ‘Kelpie Walking Trail’.

For over 20 years the Casterton community has embraced its local icon, the Kelpie, by celebrating the Australian Kelpie Muster over the Queen’s Birthday long weekend in June each year.

The Casterton Kelpie Association’s Australian Kelpie Muster –incorporating the Kelpie Festival on the Saturday and the  Working Dog Auction on the Sunday. Volunteers work hard throughout the year to ensure everybody in attendance has an experience to talk about for a long time – that may be how high those Kelpie’s jump in the High Jump or perhaps it will be the skills and elegance that the drover and kelpie show drafting sheep into the yards, or maybe it will be with amazement the price that is secured for ‘man’s best friend’ at auction, in 2018 $22,200 was the top price paid for a working dog in Australia.